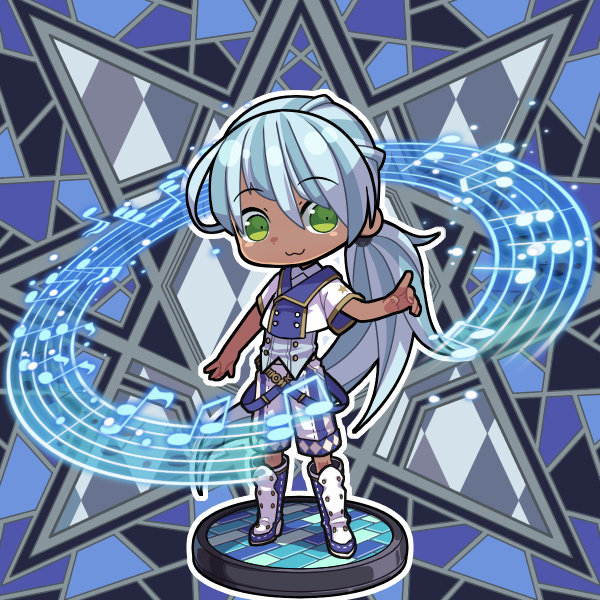 A supremely talented gnome bard, CG has been on the cutting edge of musical trends for years now. Utilizing the power of technology, they've developed a keyboard powered by electricity that makes music that no other instrument can imitate.

However, there are a couple of problems interfering with this.

One is that the majority of commonfolk think this electronic music is unpleasant. They don't care for the synthesized sounds that comprise the melodies, preferring traditional instruments instead.

The other issue is that CG's nemesis, a former colleague named Small Krill EX, has been using this electronic music for nefarious purposes. CG and Small Krill EX developed the electronic keyboard together. After they had a falling out, Small Krill EX took one of the keyboard prototypes they'd constructed and left. He teamed up with an evil necromancer, Deceased Rat, and committed many evil deeds, which came to be associated with electronic music.

When CG later traveled through communities that had already been visited by Small Krill EX, the citizens there were indifferent at best, and hostile at worst. Eventually, a sympathetic audience member told CG about Small Krill EX and his deeds. Hearing about this angered them, so they swore to put a stop to Small Krill EX, and, hopefully, by doing so, also remove the negativity associated with electronic music.