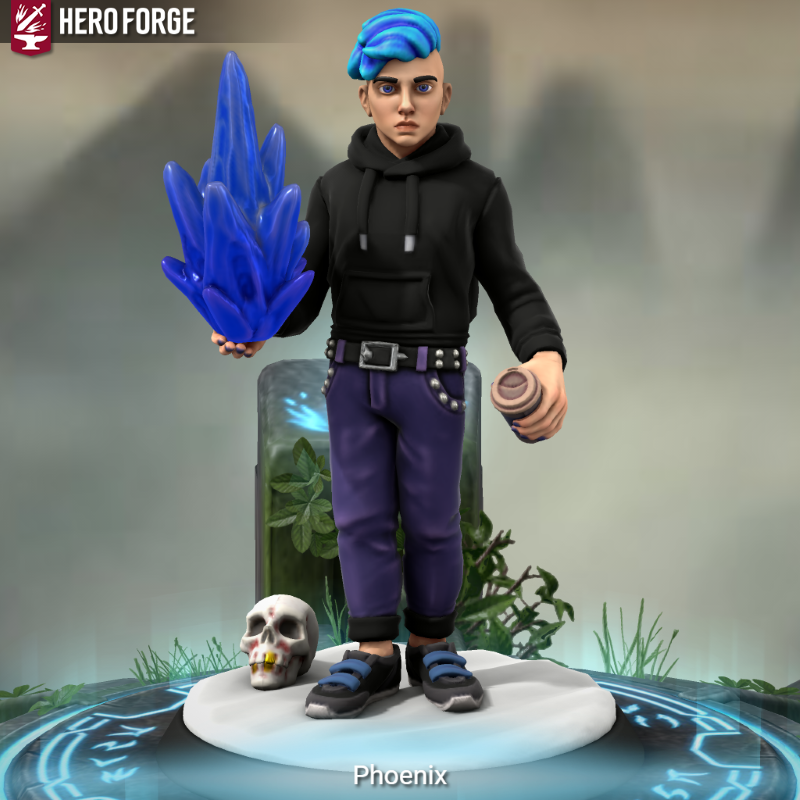 In combat, they utilize ice magic to attack and restrain their foes, with an occasional life drain when they've taken damage.

Asher is their childhood friend. Phoenix deeply appreciates his support through the years. They confided in Ash after they came into their powers.

Some stuff happened and they found out that Ash is romantically interested in them so they brought it up with him after thinking about it for a while and now they're dating. Haha gay.